In my working life I’ve had three male managers that have made me feel uncomfortable. The first one lingered after conversations too long, looked a little too much and called me ‘sweetheart’.

The second was aggressive, loud and called everyone in the office “fucking idiots” once. The third was a lovely well-meaning man who loved a chat. But he had a tendency to call myself and other female employees ‘darlin’.

Now of course, being called an idiot isn’t pleasant, but today I want to focus on the terms of endearment that male managers can often throw around in the workplace.

Terms that are typically used in loving relationships, when used by a male in a professional environment become patronising, undermining and frankly, rude. 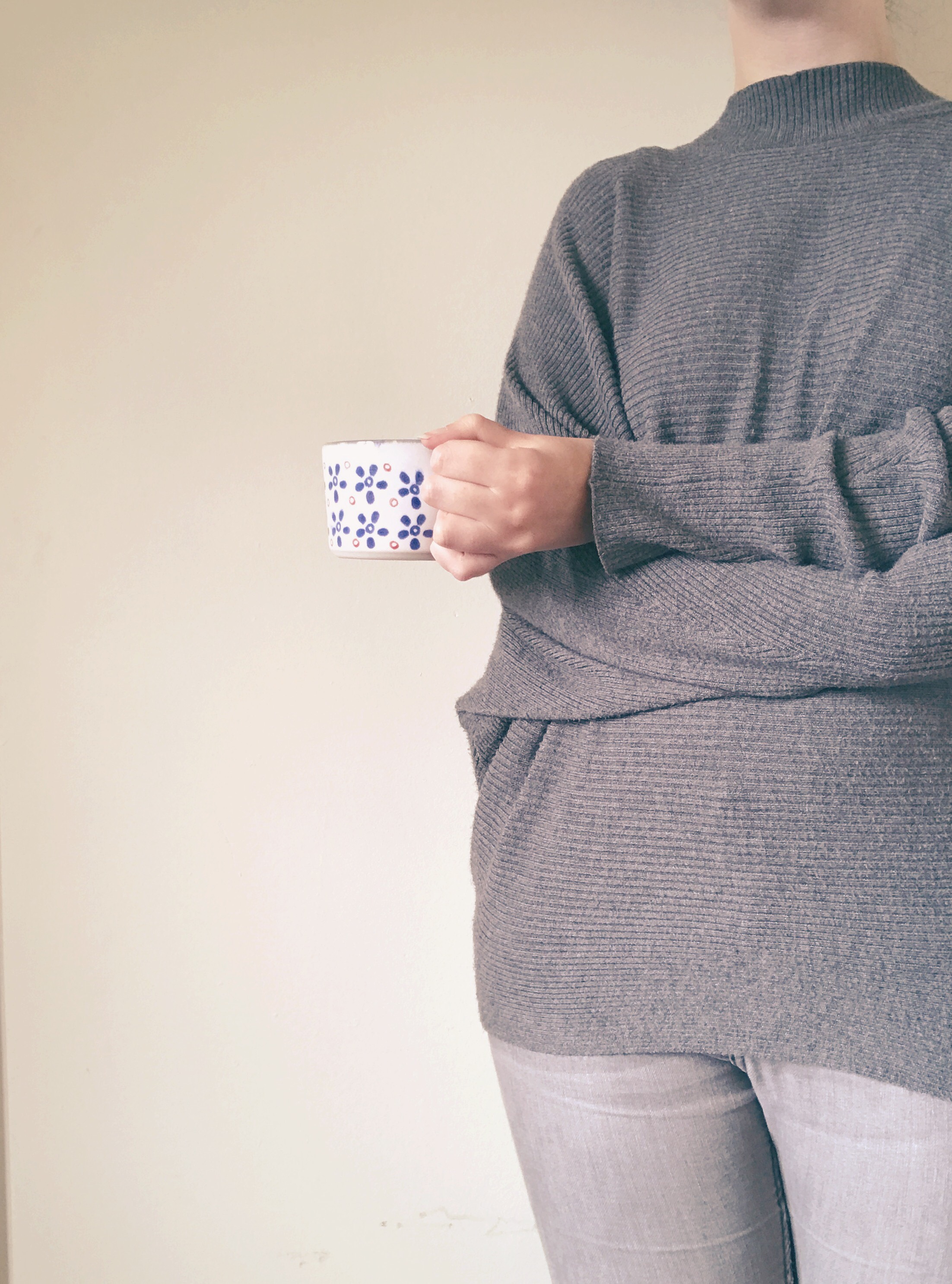 In my experience they’re used by older men in positions of power when speaking to a younger female co-worker. And while I’m sure, when questioned, the man in question would say it’s a compliment with no malice behind it… I beg to differ.

When used in this way, these terms make us smaller. They reduce us and silence us. They throw us into the role of the ‘nice girl’, of the ‘quiet girl’. So yeah – those terms are pretty damn loaded.

What we can do about it

When I had male managers calling me darling and sweetheart, I didn’t have a clue how to handle it. I felt it pinch, uncomfortably, but I smiled through it. Thankfully the experiences were never long-term, either I left a job or the manager did, and now the male managers I work with couldn’t be further from these kinds of men. But I do still wonder, what would I do if it happened to me now?

I’m going to put a few suggestions below, but would really encourage you to listen to the podcast episode that inspired this post, The Broad Experience, ‘Don’t Call me Sweetie’, as this covers the subject in more depth and brings up the risks you may face when speaking up.

If you feel comfortable doing so, nip the name-calling in the bud. Say to the colleague, “I would rather you didn’t call me X in the future.” Sometimes being this direct in the first instance is the best way to stop something snowballing.

Email after the conversation

This is probably more in my personal comfort zone. Sometimes when a colleague calls you a term of endearment, you’re left a little stunned and confused. If you’d rather not verbalise your wants there and then, wait until you’ve had a chance to process and write him an email.

You can be clear, direct and non-accusatory. Explain that you do not like to be called X and that you would like to be called by your name in the future. Another benefit of doing this over email is that you have evidence, should the situation escalate.

Make a joke about it

If you’re quick-witted enough, a response of “No problem sweet cheeks” to the male colleague can help him see the inappropriateness of what he said. This sends a pretty powerful message when said in front of others to, something I’m going to keep in mind if it ever happens again!

Sometimes a term of endearment here and there is coupled with lingering looks, inappropriate touches and unsettling correspondances. If you feel uncomfortable, speak to the HR department. Take a look at the Citizens Advice website for more info on sexual harassment. 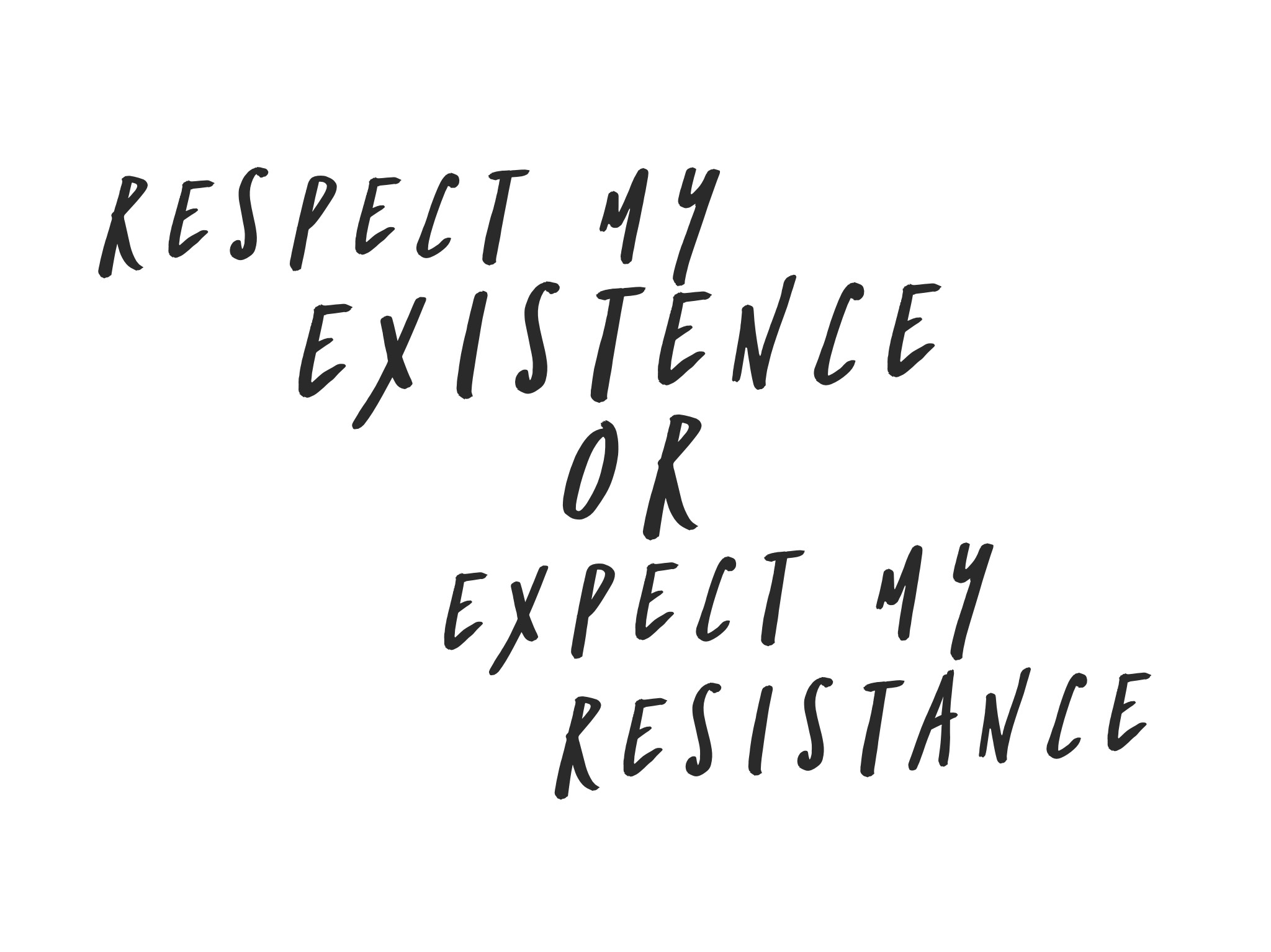 If you’ve ever been in this situation and managed to shut it down, I would love to hear how you did it, let me know in the comments.

We spend so much of our lives at work, we deserve to feel respected, heard and most of all, safe in this space. Don’t tolerate it, do what you need to do to feel safe again. 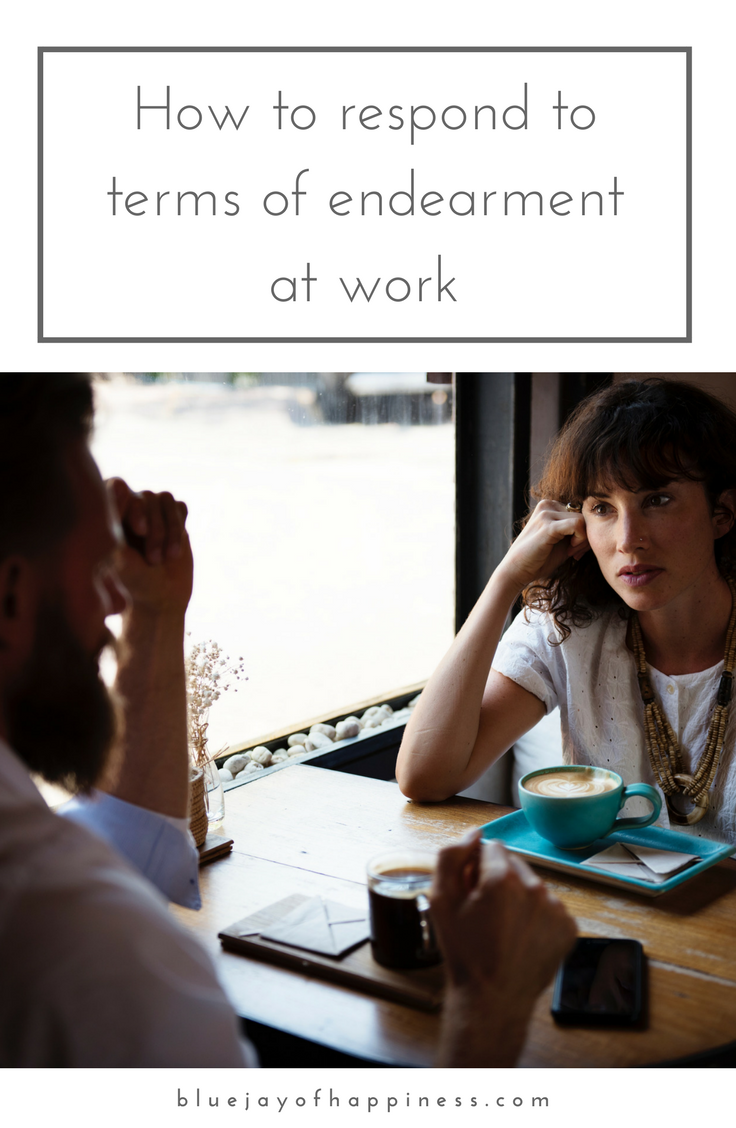 Next article Taking the pressure off