We’re officially out of January! Hurrah! For some reason this year January felt even longer than usual. Pay-day seemed like a shiny mirage in the distance and the days stretched out like the frost on my windscreen.

And while I know February is probably just as cold and dark, it just feels a little more bearable. Could have something to do with it being my birthday month too, any month where I’m guaranteed to get cake is a good month, right?

If you’ll allow me however, I would like to back step into January very briefly for the purpose of my monthly mindscape (my monthly flash fiction post, inspired by a photo found on Instagram).

The picture I chose this month is by the talented Anna Considine (@annaconsidineuk) who I’ve enjoyed following for quite some time now. This simple yet clear shot reminded me of the little things that got me through January. The tiny rituals that picked me up when the rain dampened my spirit. 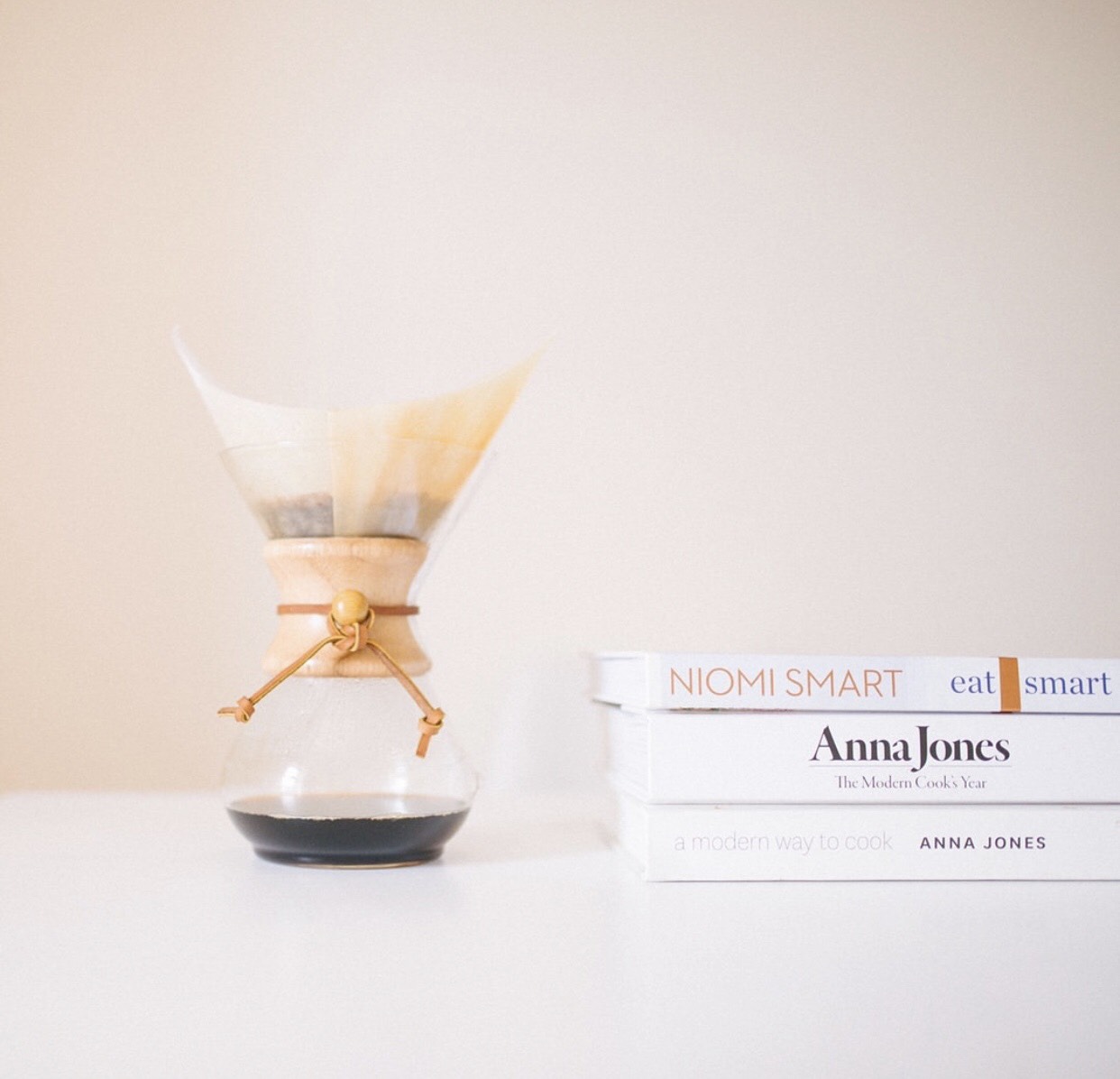 So, using this as inspiration, I’m going to revisit January with a pair of rose-tinted specs. Let’s get to it, shall we?

Barefoot in the kitchen with her fluffy robe pulled tightly around her, Jess found herself staring at the kettle. It was bubbling away, somewhat excitedly. Jess wished she could muster the same energy, but all of her energy right now was being spent on her staying upright.

She pulled her favourite mug with wonky edges from the cupboard and a big bag of coffee. With a smile starting to graze her lips, she reached for her equipment, the dripper, the filter and the scales.

She went through her usual Sunday morning routine slower than normal, taking extra care to savour the smell of coffee that quickly filled the kitchen. Her toast was just about to pop and the peanut butter was giving her come-to-bed eyes from the countertop.

Her feet were frozen, but her hands were warming on the side of the coffee cup.

She took her morning feast to the sofa and pulled a blanket over her legs. Her next instinct was to turn on the telly, but something stopped her today.

Instead she sat back and enjoyed the chorus of cars driving on the busy road outside. She noticed the quiet tapping of rain at the window and sighed a happy sigh. The Sunday laid out in front of her was empty. She could fill it with as much, or as little, as she wanted.

Taking her first sip of coffee, she decided it would be a day to stay indoors. A day to burn candles and read books. A day to write, doodle and day dream.

She noticed people walking into town on the street outside, each one fighting with their umbrellas and stifling snarls of discontent. She was one of them yesterday. Bitter about it being the 984th of January. Bitter about the weather and bitter about her lack of motivation. But today, for some reason, she was someone else.

She was someone who could take pleasure in the fact that it was raining. She was someone who relished yet another day in the month giving her space to do nothing. Dropping peanut butter on her PJ’s after an over-ambitious bite, she chuckled to herself. Maybe January isn’t so bad after all.

Well that was cosy wasn’t it? I hope your Sunday, whether it’s full or empty today, is a lovely one. A huge thank you to Anna for the visual inspiration and thank you to you, for reading.

I really love writing these short scenes and have visions of turning them into a book one day, I have a name idea and everything. One day eh?

Do you have any writing dreams? Is there a book in you, waiting to come out? 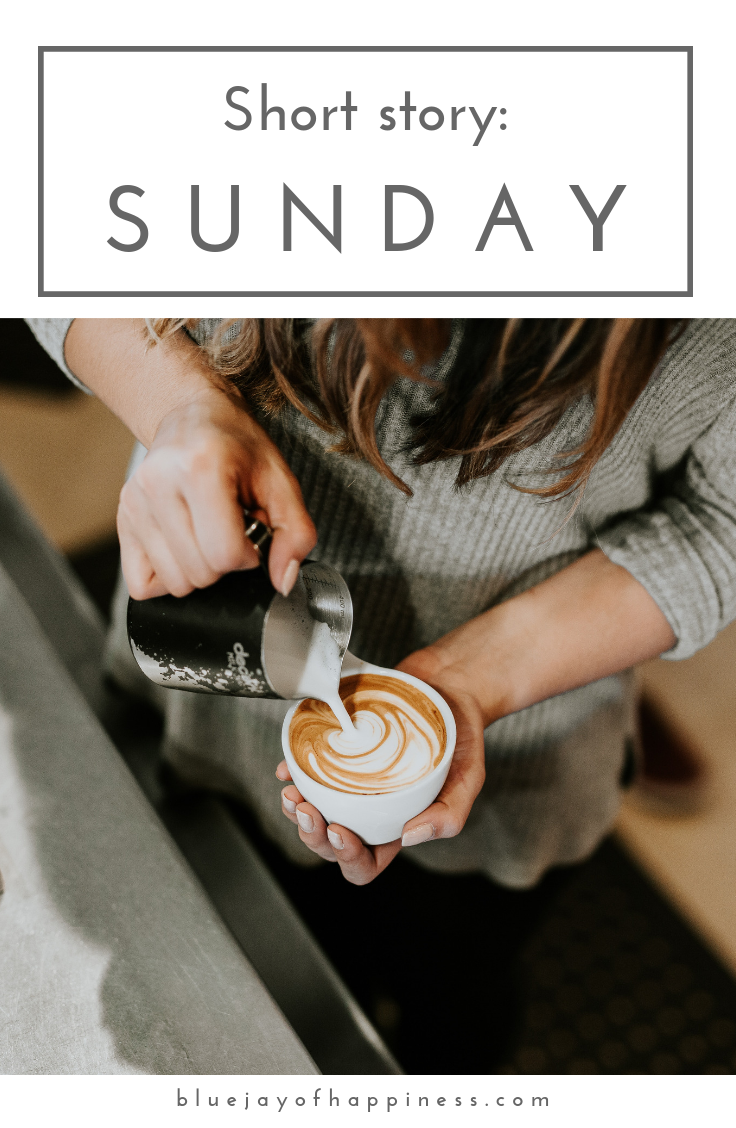 Previous articleDealing with anxiety and depression in relationships

Next article How to build a self-belief evidence bank

Oh Kat, this was exactly what I needed today!! Sending lots of love your way.
Peta xx

I’m a writer, podcaster and coach who helps people discover their worth and create sustainable self-care routines.

Sign up to my monthly newsletter to receive a free 12-page guide on self-acceptance, self-love and confidence.